Ahern, Murphy & Associates was founded in 1998 by long-time best friends Timothy Ahern and Bart Murphy. After successful careers leading organizations they decided to start their own firm committed to developing leaders. They believed that America was “over-managed” and “under-led” and they realized that their true passion was developing people. For nineteen years they worked together to grow the firm into one of the premier leadership and organizational firms in Central New York. After a heroic battle with cancer, Bart Murphy passed away on December 11th, 2017 and Timothy’s daughter, Lindsey Zajac joined the organization shortly after in 2018.

The premier Leadership Development firm in the never-ending pursuit and development of excellence in individual and organizational performance.

To transform the lives of our clients through exceptional leadership skills to accomplish their personal and professional goals.

Our Values
Our Beliefs

Our Story Our Vision Our Mission Our Values Our Beliefs
About Ahern, Murphy & Associates 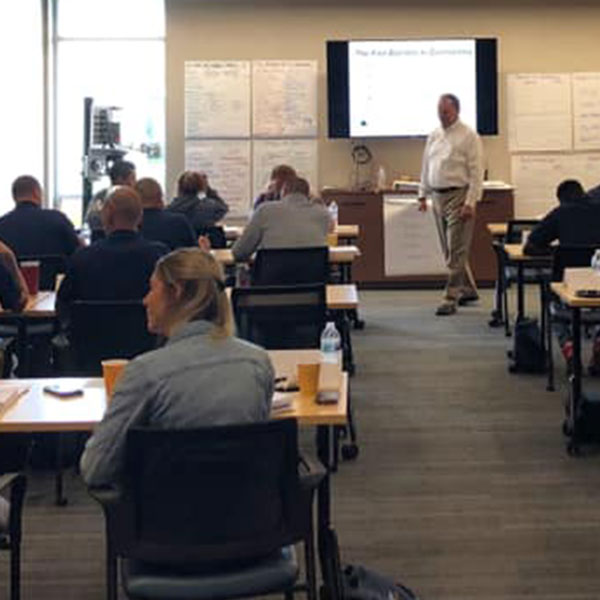 With offices in Syracuse and Buffalo, Ahern, Murphy & Associates is recognized as one of the premier Leadership and Organizational Development firms. As the “Agency of Change” we focus on working with clients to maximize their performance by implementing client tailored, award winning programs and processes that quickly allow clients to become more successful in meeting their personal, professional, and organizational objectives. The scope of services provided by Ahern, Murphy & Associates are diverse and range from Leadership Development to High Performance Team Building to Strategic Performance Planning. The firm has successfully facilitated engagements with firms in the Banking, Health Care, Education, Pharmaceuticals, Automotive, Engineering, Architectural, Construction, Law, Computer, Communication Technology, Retail, Real Estate Development, Energy and Distribution industries. In the not-for-profit arena assignments have been successfully completed for Hospitals, School Districts, Collegiate Athletics, Military, Academia, Churches and Charitable Organizations that service the less fortunate of our communities.
Our Team 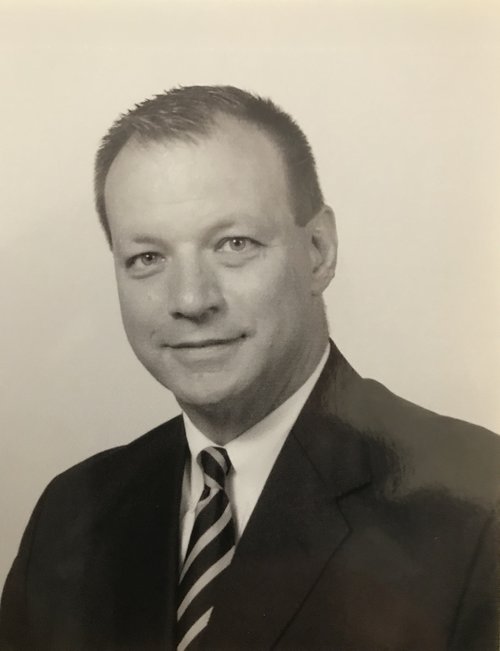 TIMOTHY P. AHERN Timothy P. Ahern is a principal and founder of Ahern, Murphy & Associates, which is the premier leadership and management development firm in Central New York. Ahern Murphy & Associates is recognized as a leading catalyst in the development of Leadership candidates, the creation of high performance teams and a major contributor to superior operating performance of their clients served. Tim is the Past Chairman of the Greater Syracuse Chamber of Commerce, Past President of the Syracuse University Football Letterman’s Club, Past Chairman of Beacon Federal Bank, Board Member of The Fulton Group, Board Member of Byrne Dairy, Board Member of the Syracuse University Varsity Club and a former Trustee at Cazenovia College. He has been recognized for his accomplishments in the areas of business and community involvement as a Syracuse University LetterWinner of Distinction, The Business Journal of Central New York Top Leadership and Management Development Consultants Award, The Papal Benemerenti Medal, The 2011 Cazenovia Volunteer Fire Department Firefighter of the Year and the 2012 EMS Provider of the Year and a recipient of the House of Providence Bishop’s Medallion.Tim grew up on a muck-farm in North Syracuse where he achieved athletic and academic success resulting in a Football scholarship to Syracuse University. He graduated in 1978 cum laude with a BS in Accounting and began his business career with Price Waterhouse where he became a CPA. He left the accounting firm to join one of his clients Oneida Ltd where he became one of the youngest Vice Presidents in the history of the Company. After Oneida, Tim was recruited to join Bob Congel and the Pyramid Companies where the goal was to become the largest and most successful shopping center developer in the Northeast. The positions held by Tim included Leasing Partner, Chief Operating Officer, Vice President Leasing and Vice President Recapitalization. He retired as a Partner and Senior Executive in July of 1998 to form his own Company. Tim resides in Cazenovia with his wife (Carolyn) of 39 years. Tim has three adult children (Devan, Lindsey and Tyler) and four grandchildren (Delaina, Bennett, Andrew and Harper). 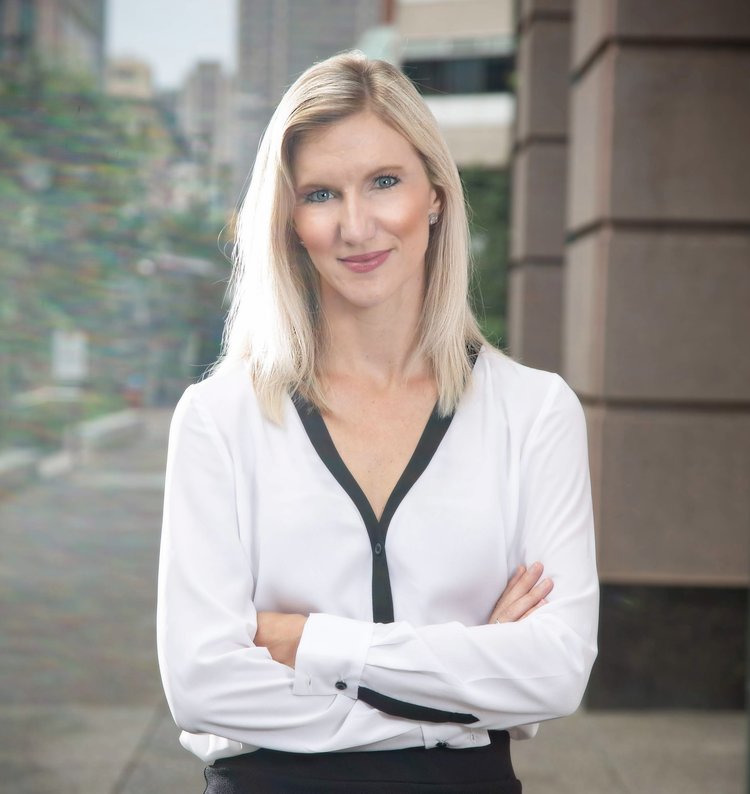 LINDSEY A. ZAJAC Lindsey A. Zajac is an experienced, Human Resources professional with a demonstrated history of excelling in fast-paced organizations including PepsiCo, Eaton Corporation, Saab Sensis and Next Jump. Training and Development, Talent Management, Employee Relations, Recruiting, and Succession Planning are Lindsey’s areas of expertise. Most recently, Lindsey was employed with PepsiCo as a Senior Human Resources Manager in Buffalo, NY supporting the largest market in the country. In this role, Lindsey was responsible for providing Human Resources support for 1,100 union & non-union frontline associates and managers across nine Upstate NY locations. Lindsey served as a Strategic Business Partner with the PepsiCo Upstate NY Leadership team.Lindsey co-led the quarterly “Getting Started as a New Supervisor” training for the entire Northeast Region, training close to one hundred new Supervisors each year. In addition, she helped develop new training content that was later incorporated into the curriculum for Frontline Leader Excellence Training that was rolled out to all Managers across PepsiCo nationwide. Lindsey is a proud recipient of PepsiCo’s most prestigious “You Excel” Award as well as multiple “Way to Go” Awards for delivering exceptional results. In 2018, Lindsey was recruited to join Ahern, Murphy & Associates, where she is able to leverage her passion for leadership development and coaching to help organizations develop and retain their employees while improving their overall performance. As a mother of two small children, Lindsey knows first-hand how difficult it is to juggle your family and your career. She has also seen firsthand the lack of women in senior leadership roles throughout the various corporations where she has worked. This inspired her to get a coaching certification in Women’s Leadership. Lindsey believes that career women today need a heightened level of support and resources to advance into leadership positions and be successful both at work and at home. Lindsey holds an Advanced Coaching Certification from the Gaia Project for Women’s Leadership as well as an Executive Leadership Certificate from Cornell University. Lindsey is an authorized Everything DiSC partner and uses the assessments as a way to improve the leadership capabilities of her clients. Lindsey serves on the Board of Directors for the Buffalo Niagara Sales and Marketing Executives (BNSME) and she is an active member of the following organizations: Amherst Chamber of Commerce, Buffalo Niagara Human Resources Association (BNHRA) and the WNY Chapter of the National Human Resources Association (NHRA). In January 2019, Lindsey was appointed to the Board of Directors for Journey’s End for her expertise in Human Resources. Lindsey is also a newly appointed facilitator for one of the Leader Exchange programs with the Buffalo Niagara Partnership. Lindsey graduated cum laude from Providence College with a BA in Political Science and a Minor in Women’s Studies. Upon graduation, Lindsey moved to New York City to begin her career in Recruiting, where she worked for a staffing agency on Wall Street specializing in the placement of finance and accounting professionals and then joined a Technology Startup, Next Jump, as the head of recruiting to help the company double in size. Lindsey resides in Williamsville with her husband, John, and their two children, Delaina and Drew. In her free time, Lindsey enjoys running, concerts, travel, and trying the many restaurants that Buffalo has to offer. 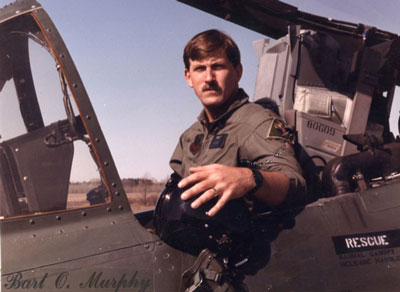 BARTHOLOMEW O’NEILL MURPHY II Bart Murphy is a Principal and Co-founder of Ahern, Murphy & Associates. He retired from the United States Air Force in 1994 after serving 20 years. He was a combat decorated F-16 instructor fighter pilot and was credited with 52 F-16 Air to Air and Air to Ground combat missions during the Persian Gulf War. Because of his combat duty, Mr. Murphy was awarded one of the Air Forces highest decorations for heroism, the Distinguished Flying Cross. He also was awarded 5 Air Medals, the Aerial Achievement Medal, a Presidential Unit Citation for Valor, the Meritorious Service medal, and the Southeast Asia Combat Service Medal. He has logged over 2,500 hours in single-seat Fighter aircraft as an Instructor, an Evaluator, and as a Functional Test pilot in both F-16 and A-10 aircraft. After the military, and prior to joining with Tim Ahern in Ahern, Murphy & Associates, Mr. Murphy was a senior executive with Coyne Textile Services.Mr. Murphy is a graduate of the University of Missouri, and from the Executive Management Institute of the University of Maryland. He is also a graduate of the United States Air Force Air Command and Staff College and the Academy of Military Science. Mr. Murphy has been an adjunct professor of Organizational Leadership at Syracuse University and University College since 2004. In 2012, Mr. Murphy received the Outstanding Professional Achievement Award from the North Syracuse Education Foundation and in 2010, Mr. Murphy received the Syracuse University Excellence in Teaching Award. In 2006, he was honored from the Vatican by Pope Benedict XVI with the Benemerenti Medal for his work in the field of education, and was also honored as the Veteran of the Year by the Ancient Accepted Scottish Rite of Freemasons. In 2005, Mr. Murphy was named the Businessman of the Year by the Business Advisory Council in Washington D.C. He is also a multiple recipient of the Business Journal of Central New York Top Leadership and Management Development Consultants Award. Mr. Murphy died on December 11, 2017 after a heroic battle with cancer. His memory and message will live on forever.
Some Of Our Clients

We are happy to share some of the many excellent clients we've worked with.

View All Clients
Our Affiliations
Previous Next